The study area of the PAStECA project (2017-2021) encompasses the western branch of the East African rift system (East DRC, Rwanda, Burundi), a region with a rapidly growing population. Despite the sometimes devastating impact of humans on their environment, the interactions between demography, land use and land cover change, and land degradation in the region remain mainly unstudied. A limiting factor of such research is the lack of historical data records.

RMCA holds a vast collection of historical aerial photographs and archives dating back as far as to the 1950's. After converting the analog photographs into a digital format, we develop land use and land cover (LULC) maps for the region between 1950 and the present. These LULC maps enable the characterization of the links between humans and land degradation processes such as landslides, deforestation, and erosion.

At the same time, the results of PAStECA serve as an indicator of how useful these archives are in the context of modern scientific research. They will clarify whether the investment in digitizing the historical aerial photographs is justified within the context of research. 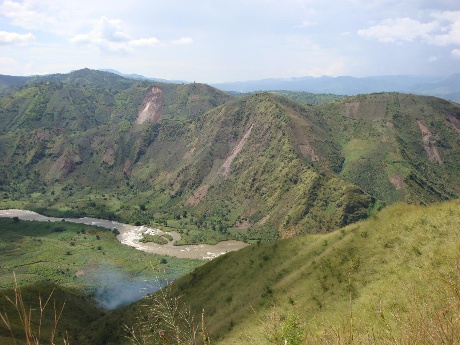 The conversion of natural lands into human-dominated landscapes, through for instance urban sprawl or agriculture expansion, is a major component of global environmental change. These human-induced transformations of environments can have impacts for example on biodiversity, climate and land surface feedbacks, and soil and landscape degradation. Alongside these changes, land cover modifications also alter ecosystem services. Assessing the processes of land use and land cover (LULC) changes and possible future scenarios is of paramount importance if we are to embed sustainability in development strategies, ecosystem management, and land use planning, particularly for developing countries where rates of LULC changes are highest.

To quantify and understand the complexity of changes and subtle modifications in LULC, an accurate account of past LULC conditions and recent changes over a multidecadal time scale has an important added value. Indeed, the documentation of long-term trajectories of LULC change can yield important new insights because of the importance of some of the drivers of LULC change, such as demographic growth and rural-urban migration, only becomes apparent over sufficiently long time spans, and the relative importance of drivers of LULC change changes significantly over such timescales.
However, sufficiently long, multidecadal records of LULC changes are almost inexistent for the least developed areas of the globe. This important lack is not easy to fill: global and regional LULC assessments derived from the first satellite data from the 70s and 80s offer a spatial resolution that is often too coarse for this purpose and the very high-resolution satellite data became available only at the end of the 90s at best. The use of historical black and white aerial photographs offers the possibility of studying a longer time frame. Such photos show excellent spatial details that make them appropriate for studying, for instance, topics as different as forest transition, landslide dynamics, soil erosion and urban sprawl.

The general objective of the PAStECA project is to evidence the importance and the added value of archive documents in studies addressing present-day issues in areas lacking baseline studies. In the present case, aerial photographs and archives from RMCA will support present-day environmental change studies in target tropical environments of Central Africa. The focus of the environmental topics relies on the spatio-temporal dynamics of LULC changes. The project deals with land occupation and demography, land degradation, slope processes and geohazards issues. 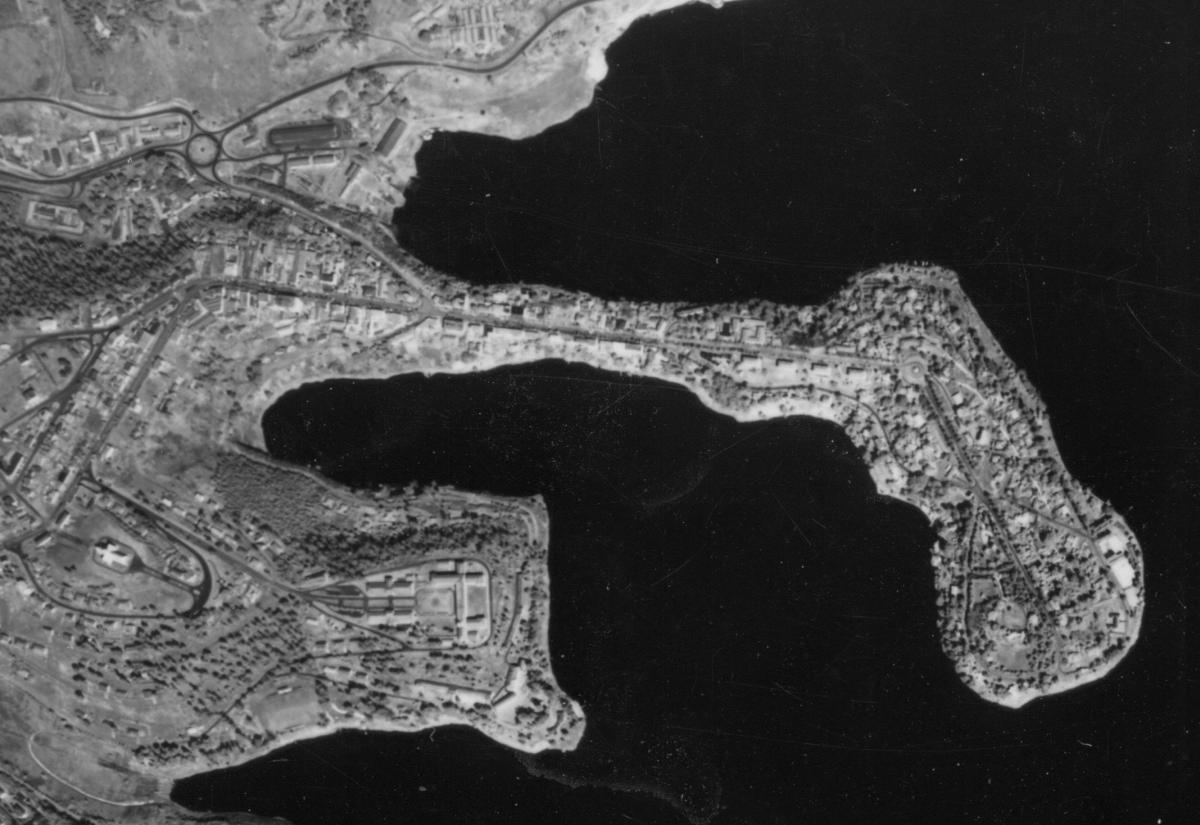 The study area is confined to the tropical mountain environments of the western branch of the East African Rift. This region from the North Tanganyika rift zone in the south to the Virunga Volcanic Province in the north. Its LULC evolution is very interesting to study because of the combination of the following natural and human characteristics:

To reach the objectives of PAStECA, the project is subdivided into 9 work packages (WPs). The responsibility for each package is assigned to 1 or more partners (RMCA, KUL, or ULB). 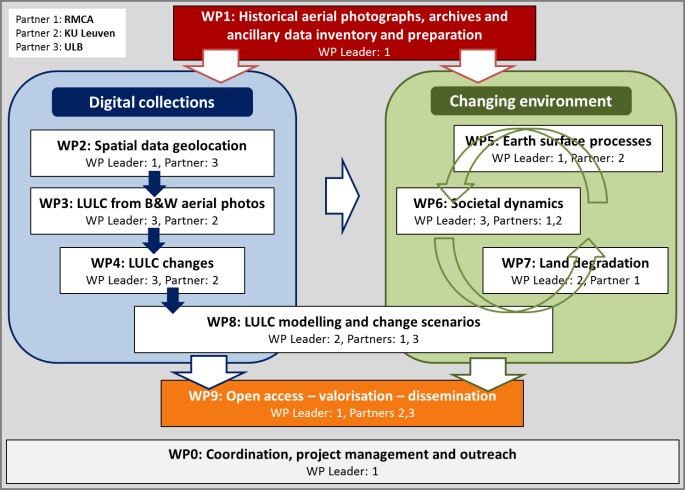 There are three transversal WPs: WP 1 provides the basic data that are the cornerstone of the project, WP 8 will integrate, through different modelling approaches, the outputs from the other WPs, and WP9 concerns the dissemination on the web of the georeferenced historical data and the produced maps in order to share data with the scientific community at large and also raise awareness of the importance of land use change to the general public, policymakers and land managers.

The other WPs are organized into two related groups, the first focusing on the production of a georeferenced digital collection directly from the historical data available at MRAC and the production of derived digital LULC products. The second group concerns the analysis of the changing environment. It involves several WPs that are strongly interconnected. The project goes across disciplines such as population science, geography, geomorphology, geomatics and remote sensing. WP 0 is transversal and deals with the management and valorization strategies.