Current seismicity and ground deformation data continue to indicate the presence of magma under the urban area of Goma with an extension under Lake Kivu.
Seismicity and deformation continue. Although seismicity above baseline is still being recorded, the Although seismicity above baseline is still recorded, the energy dissipated by these earthquakes continues to decrease. The location of the The location of the earthquakes and the direction of the GPS displacements indicate a halt or pause in the propagation of the magmatic intrusion towards the magmatic intrusion towards the south. A decrease in the displacement velocities measured by the GPS network seems to confirm these observations. GPS network seems to confirm these observations. However, the lack of resolution of the GPS and seismological networks, linked to the presence of the lake, does not allow us to exclude a possible future migration of the intrusion towards the surface. the intrusion towards the surface.
This decrease in the rate of released seismic energy, as well as in GPS velocities, cannot yet be interpreted as indicating the cessation of volcanic activity. not yet be interpreted as indicating the cessation of volcanic activity. During phases of of volcanic activity, periods of higher seismic activity often alternate with periods of lower seismicity. of lower seismicity. These observations are always consistent with the presence of magma at depth. at depth.
A first overflight was carried out today. It revealed the presence of a summit plume loaded with ash, probably linked to probably related to collapses of some internal parts of the crater, which may cause ash fallout. which may cause ash fallout in the surrounding areas. A second flyover showed showed the existence of smoking fractures parallel to the eruptive fractures of 22/23 May, whose date of formation and exact meaning remain to be determined. The exact date of formation and significance of these fractures have yet to be assessed.
The possibility of an eruption on land or under the lake cannot be excluded at this time, especially as some eruptions can occur with few precursors. This justifies the continuation of This justifies the continued intensive monitoring and daily reassessment of the situation by the GVO. 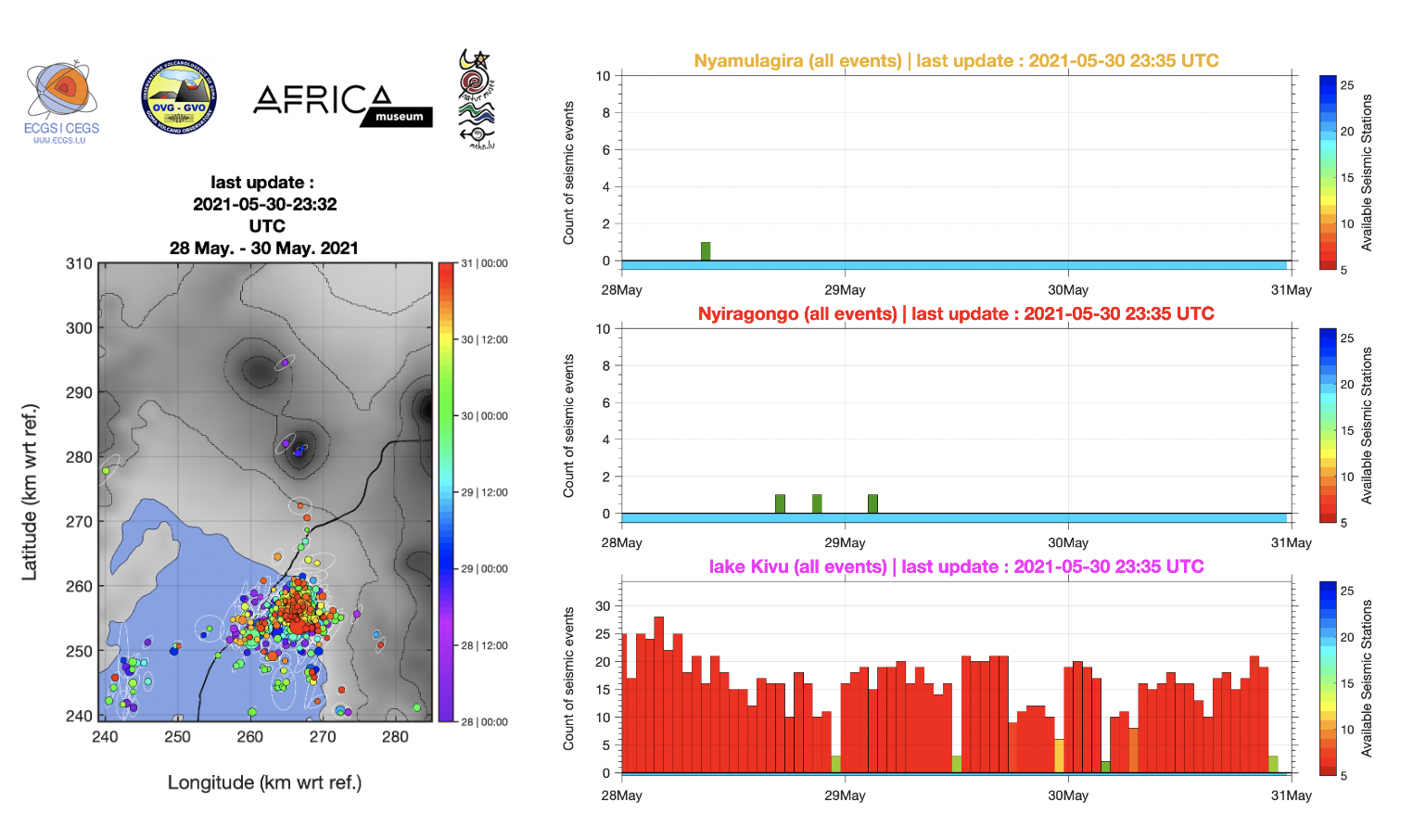 Figure 1: left) Zones for counting seismic events and right) automatic hourly counts of short-period (SP) and hybrid earthquakes in the three areas marked on the map during the last 3 days (from midnight 28 May; last updated on 30 May at 23:321 UTC). Each bar is an hourly count. 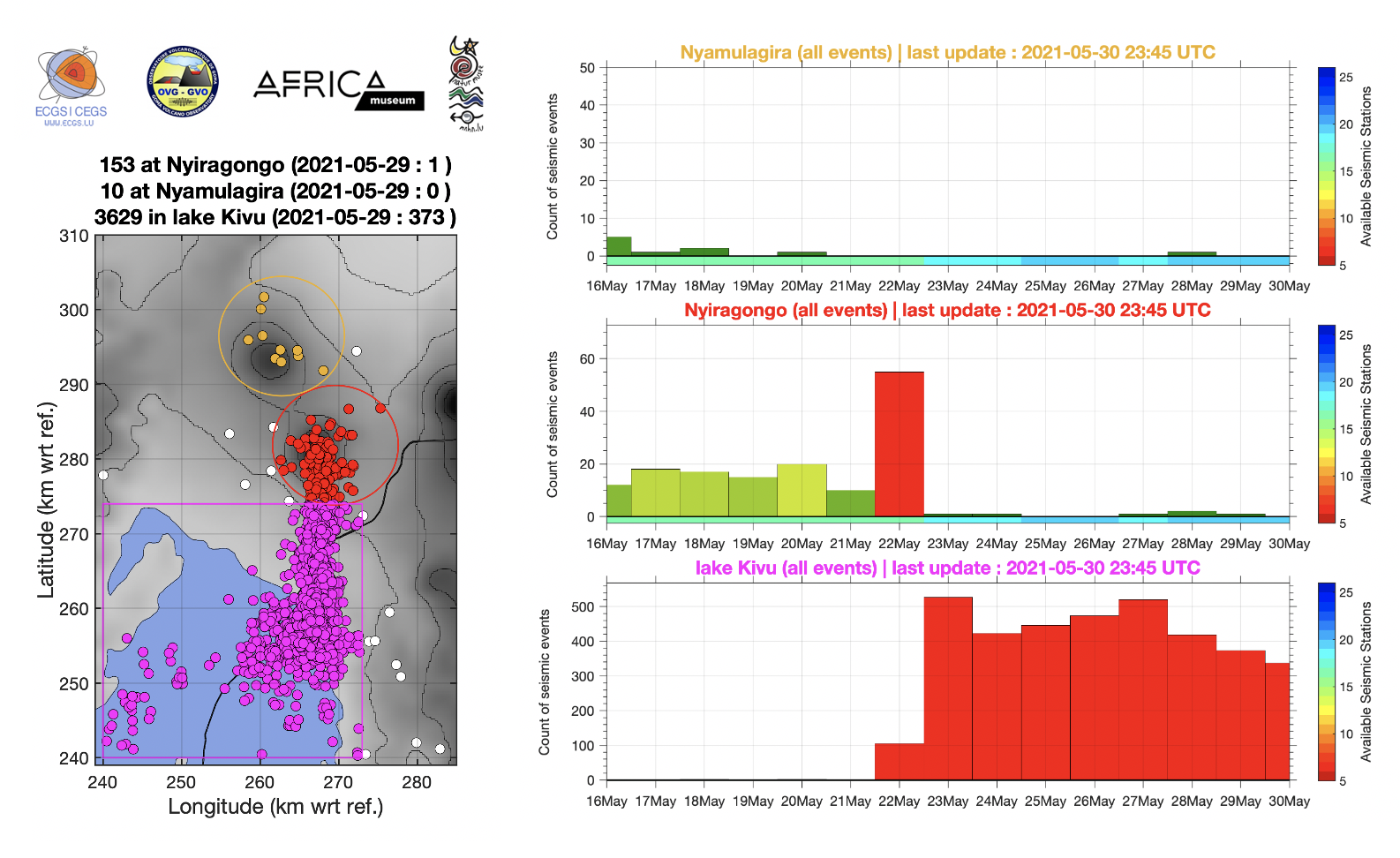 Figure 2: left) Zones for counting seismic events and right) automatic daily counts of all detected earthquakes in the three areas marked on the map during the last 14 days (from midnight 16 May; last updated on 30 May at 23:45 UTC). Each bar is a daily count. 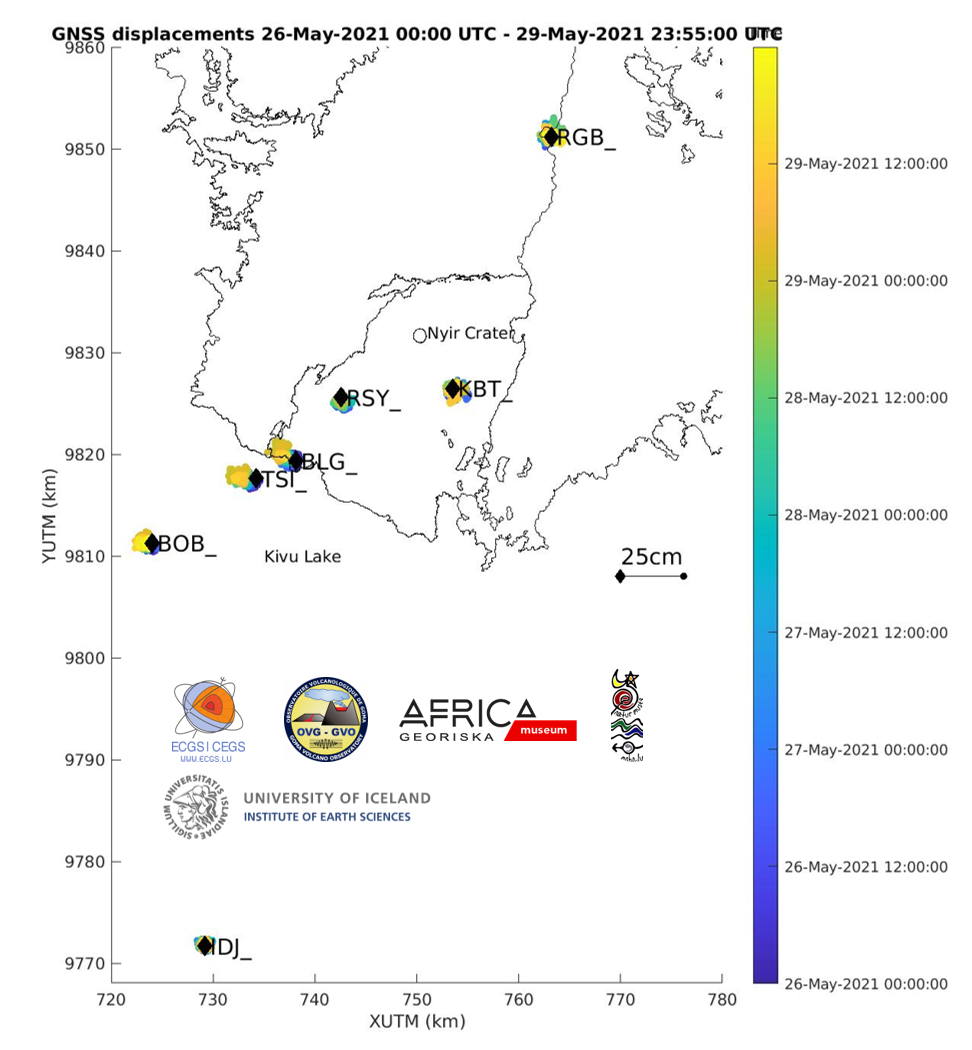 Figure 3: Map showing the horizontal displacements recorded by the GNSS stations of the KivuGNet network. Processing epoch by epoch, 1 point every 5 minutes between 26-05-2021 00:00 and 28-05-2021 23:55. The black contours mark the historical lava fields of Nyiragongo and Nyamulagira. Data processing by H. Geirsson (univ. Iceland). 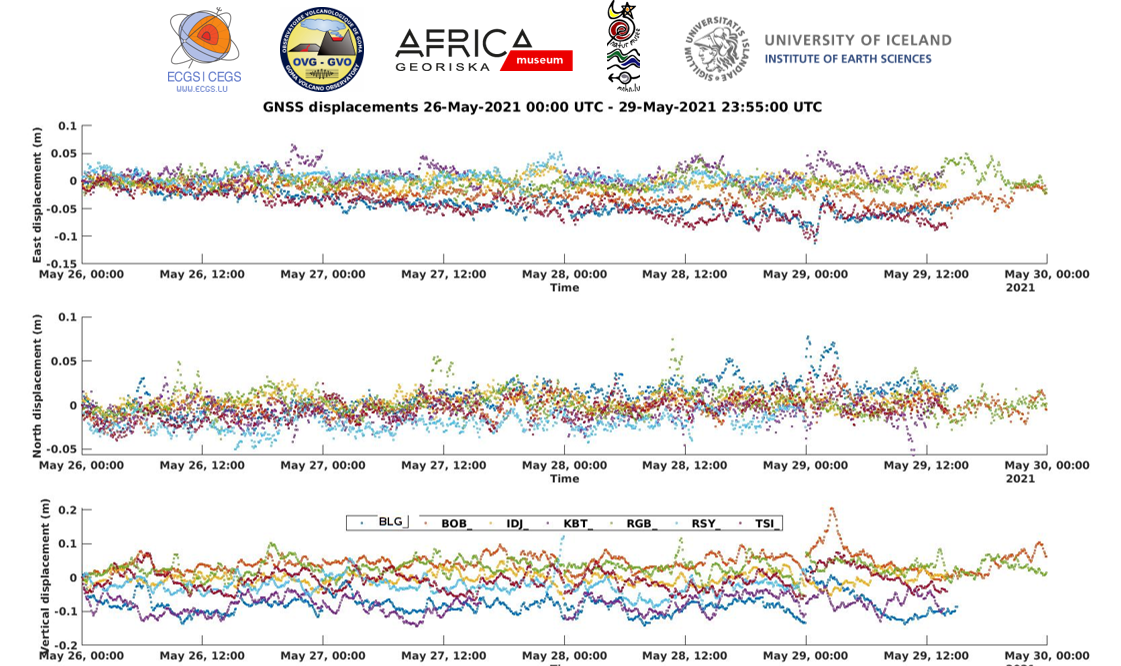